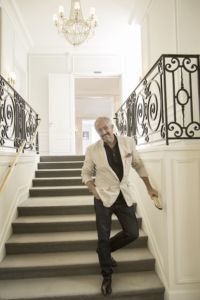 Pepe learn his craft the old-fashioned way, from the darkroom through the digital revolution, to become one of those rare photographers who really understands what works now.

A Spaniard who moved to the US to work during the golden age of fashion photography, alongside Ralph Gibson, and Olivero Toscani, Pepe has developed his very own style: warm, intimate, revealing, and always flattering.

As a result, he’s won the trust of a storied cast of Hollywood stars and European royalty, including George Clooney, Nicole Kidman, and Sarah Jessica Parker, as well as Prince Charles of England and Prince Félix of Luxembourg.

He regularly makes the very best in fashion look even better, for everyone from the biggest retail names, like Zara and Escada , to producing editorial photo shoots for top Spanish and overseas media, featuring haute couture brands like Christian Dior, Alberta Ferretty, and Versace.

And he has captured something new in some of the most iconic A-list models, such as Christy Turlington, Elle Macpherson, and Linda Evangelista, as well as bringing today’s faces, like Gisele Bündchen, Irina Shayk, and Chiara Ferragni, to the world’s attention.

If you disable this cookie, we will not be able to save your preferences. This means that every time you visit this website you will need to enable or disable cookies again.